Snakes In The Toilet Bowl: What Are Homeowners Supposed To Do?

For most Australian homeowners, a snake is probably one of the most unwelcome house guests imaginable. After all, few people want to lift up the toilet seat to see snake eyes looking back at them. Unfortunately, these nightmare visitations do occur, but if you find a reptilian tenant in your toilet, you probably won't know what to do. Learn how snakes sometimes get into your porcelain gate, and find out what you need to do to release these reckless reptiles.

How snakes get into your plumbing system

Most snakes are voracious predators and the average serpent will spend a lot of time hunting rodents and other mobile furry meals. Mice and rats can make their homes in sewer systems and the pipes in and out of your house, particularly when the weather forces them to find shelter. A snake on the prowl for its next meal can easily slither after a rodent that darts into a pipe, so it's easy to understand how the serpent could eventually find its way into other parts of the house, including the toilet.

The average Australian home has multiple stack pipes that run from the sewer through the roof. These pipes vent sewer gases and normally connect to the home's drain system. While the drainpipes carry water, the system is often dry, allowing small animals to scamper or slither up and down and into a gooseneck pipe. As such, snakes still have a plentiful air supply in the average plumbing system.

Why you shouldn't try to remove the snake yourself

It's unwise to remove a snake from the toilet yourself. A lot of people wouldn't need any persuasion to give these creatures a wide berth, but there are good reasons to call in the professionals.

Things that can go wrong include:

As such, you should never try to catch a snake yourself.

Who to call for help

While you may spot the snake in your toilet bowl, a plumber probably can't help. Most plumbers can help you resolve all sorts of watery problems, but an unwanted snake isn't normally one of them. In fact, you need to enlist the help of a pest control service or wildlife rescue expert to come and collect the reptile. Of course, if you see the snake slither into the pipe, you may need a plumber AND a wildlife expert to help you manage the task.

How to keep snakes out

It's a good idea to take steps to keep snakes out of your plumbing system, as you probably want to sit on the throne without fear of reptilian company. Check the sewers around the house, especially near the overflow relief gully. Look for punctures, cracks and any signs of deterioration that could allow a small snake to slither in. These creatures can work with a surprisingly small entry point. Some plumbers will scope the drains and pipes for you with a video camera. This work can help you spot damage and wear that could let snakes in.

It's also a good idea to discourage rodents from your house. Avoid leaving pet food outside the house, and close pet doors overnight. Make sure window screens are intact, and keep household trash in a lidded bin. Check for any small holes around the house that will allow rodents in, and block up potential routes for rodents.

The reassuring news is that toilet visits from snakes are still rare, although some snake catchers have seen an increase in these problems. Nonetheless, if a hissing visitor does turn up in your toilet, call in the experts like Promaster Group and let them deal with the issue. 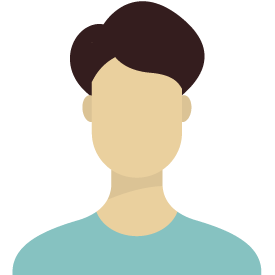 Not many people realise it, but pest control is an art form. It requires delicacy, ingenuity and an intricate understanding of ecosystems. As a real estate agent, I am often bemused, and sometimes perplexed, by the casual attitude many property owners take towards preventing damage to their most valuable asset. I regularly see houses or buildings that have serious problems with termites destroying structures, or ants eating through electrical wires, and the owners have no idea! In this blog, I intend to inform readers about best practices in pest control. This should be an ongoing, concerted process, not just a quick annual spray. I hope that these pages will help readers identify problems and provide sound, proactive solutions. Please browse, be informed and make good judgements when protecting your property. May you be forever pest free!